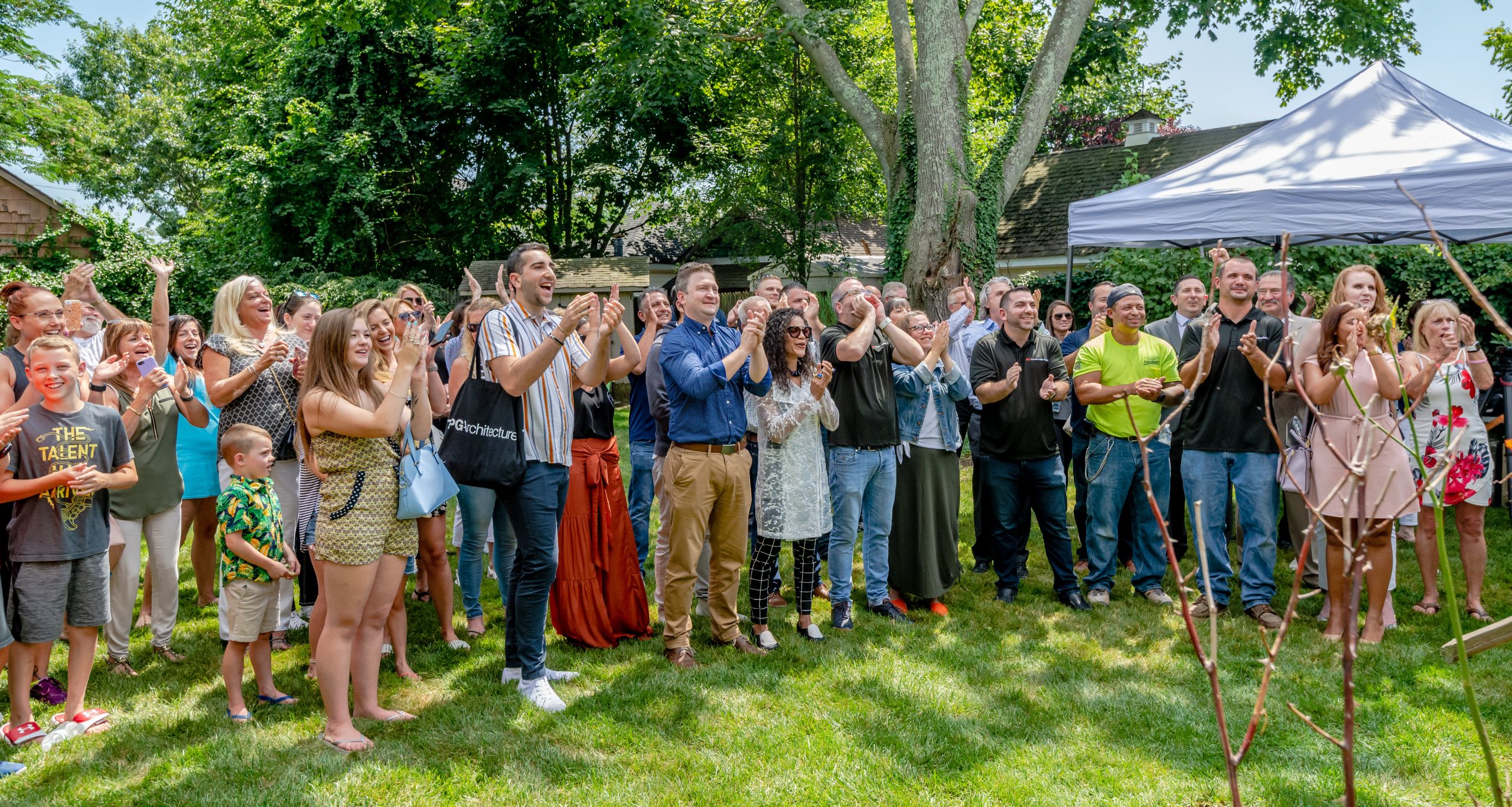 For the first 17 years of her life, Cailin Stryska, a Farmingdale High School senior who has cerebral palsy and uses a wheelchair, relied on her family to help her move around her home. Now, with the help of “NBC’s George to the Rescue” home makeover show — as well as some smart home technology, local designers and construction workers — she is free to navigate her home on her own.

The show, which airs Sundays on WNBC-TV/Channel 4, recently transformed Stryska‘s bedroom into a ADA-compliant, 450-square-foot suite, complete with a wheelchair-accessible bathroom. Host George Oliphant partnered with TPG Architecture in Melville and Manhattan and JRM Construction in Manhattan, both of which worked pro-bono on the project. The episode aired this fall.

“It has been so wonderful to finally have my own space and privacy,” Cailin says of the renovation.

A new walk-in shower with grab bars is one of many aspects of the project, designed by TPG’s Lisbeth Jimenez. Before this, Cailin had to be carried to the bathroom, where she would bathe in the sink or bathtub.

“This is the first time I can take a shower in my house,” Cailin says.

For Cailin and her family, the project has been a long time coming. Cailin lives with her mother, Jen, 47, a personal trainer and real estate agent, her father, Tom, 52, an operations manager, and her two brothers, Ryan, 23, who works in finance, and Brendan, 19, a student at Hofstra University.

Their home was not accessible for Cailin and as she grew older, it became increasingly difficult for her to live there. It reached a point where Jen — who has lived on Long Island her whole life — was seriously considering moving her family off the Island so they could afford to renovate a room for Cailin, Jen says.

One day earlier this year, Jen says she broke down. Someone told her to write to the producers of the show, which according to its website solicits requests for makeovers that might help “deserving families and communities with much needed home renovations.” On a whim, she did, not expecting a response, she says.

Three weeks later, a producer called her to discuss the possibility of getting the family onto the show.

“They answered my prayers,” Jen says.

Oliphant, the show’s host, says that Cailin and her family’s story stood out.

“A lot of times, they jump off the page, and that’s what happened with Cailin,” he says. “When you meet her, she just has something special. Her smile is infectious.”

Now, as Jen reflects on the renovations, she gets choked up. She says, for the first time ever, the family can enjoy Sunday dinners together because Cailin can finally pull her chair right up to the table.

“She’s a beacon of hope, a shining star,” says Andrew Scerbo, one of the show’s producers. “A few seconds of hanging out with her, and I am laughing.” 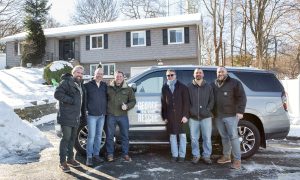 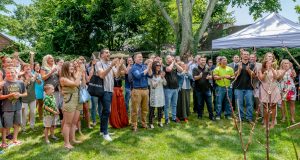 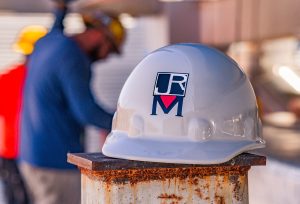 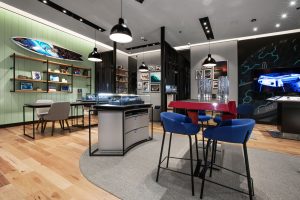 JRM Partners With George To The Rescue In Plainview NY